Soprano Susan Suchard has been a member of the Tafelmusik Chamber Choir since 2003. She teaches voice in her private studio at Trinity-St. Paul’s, and conducts the Preparatory Chorus of the VIVA! Youth Singers of Toronto, for whom she also serves as General Manager. 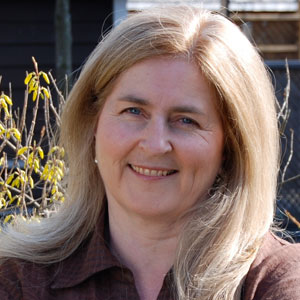 How did you come to be a singer?
I grew up singing in church. When I was young my family attended a Brethren church in London, Ontario. There was no piano or organ played in services. One of the elders, always a man, would stand up and “call out” a hymn. He would then proceed to sing the first line and everyone would join in. My brother, sister, and I would giggle when the singing got into dangerously high or low ranges, which it often did.

Then, in elementary school, I was inspired by Mrs. Sheila Schaus, the itinerant music teacher. I loved when she came into the classroom. Her perfume was exotic and she wore bangles that jangled when she conducted.

In high school, there was no vocal music program, so I took up the French horn, an instrument that allowed me to create lovely lyric singing lines (when I wasn’t required to play off-beat quarter notes!).

I became a horn major at Western University and began studying voice on the side. I did as much playing as I could in large ensembles and quintets, but each year I also sang in one of the Faculty of Music’s choirs. In my fourth year, I joined the Opera Workshop, and after singing Pamina in The Magic Flute and Blanche in The Dialogues of the Carmelites, I gave up the French horn to concentrate solely on singing. [Editor’s note: Tafelmusik Chamber Choir Director Ivars Taurins was playing viola in the orchestra for those operas at Western!]

What was your first music gig?
My first paid gig was as a horn player in the London Musicians’ Union Marching Band at the Western Fair in London, Ontario. I suppose my first unpaid gig was as the student music director of a high school musical for children called The Lion Who Wouldn’t starring Tom McCamus, now of Stratford Festival fame, and Nancy Palk, one of the founding members of Soulpepper Theatre.

Who has been your greatest inspiration?
Both of my parents played piano very well by ear. I learned to play too, and I read well enough to accompany my voice students, but sadly I did not inherit their skill at just sitting down and rattling off a tune. At any party or event, one of my parents could often be found leading a sing-along. To this day, my dad can’t pass a piano, in an airport, restaurant, or on the street in Huntsville, without sitting down to show off his party pieces.

What is your favourite music to listen to?
I am a sucker for a sad beautiful tune. I love the ballads from musicals and standards. I’ve always wanted to put together a cabaret show, but, because the songs I love are all sad, I’m not sure anyone would want to sit through them!

What is your favourite thing to do in Toronto during your free time?
During my daily 45-minute drive to Trinity-St. Paul’s, I like to listen to audio books, with a decaf latte in the cup holder.

What’s your favourite restaurant in Toronto?

I like to try a new restaurant every time I go out downtown, but a trusty standby in the east end is The Real Jerk on Kingston Road.

Where is your own, personal, oasis in Toronto?
I’m fortunate enough to have a lovely, leafy back garden with lots of shady space. Last summer, my husband built a swanky new deck, so I’m looking forward to getting out there again in the spring. Otherwise, my daughter and I like to have a spa day every now and then at the Elmwood.

Where do you see yourself ten years in the future?
I’m itching to be in front of an adult choir as a conductor. I enjoy working with children’s choirs, and have done all my life, but I am really feeling the urge to work with an SATB or SSA group. I have a church soloist job and, when the organist is away, I step in as conductor. Each time I do it, I realize how much I enjoy the experience.