With Handel Alexander’s Feast just around the corner (Feb 22-25 at Koerner Hall), we’re looking back at poster designs created at the top of the season. As always, our multi-talented Choir director Ivars Taurins provided some inspirational art to help guide the design process, and we’re happy to share them with you!

The Family of Darius before Alexander – Paolo Veronese

The Family of Darius before Alexander is a 1565–1570 oil on canvas painting. It depicts Alexander the Great with the family of Darius III, the Persian king he had defeated in battle. Although Veronese had previously painted a version of the subject, since destroyed, the theme had rarely been depicted by other artists before him. The painting has been in the collection of the National Gallery in London since 1857. Interestingly, the splendid wardrobe is that of the Venice in which Veronese lived, rather than ancient Greece or the Far East.

Charles Le Brun needed to find a style with the appropriate blend of gravity and solemnity. It was also necessary to maintain the legibility crucial to a work with so many figures, while conveying the diversity of the temples, vases, weapons, musical instruments, and costumes that make the scene immediately recognizable. An allusion to the grandeur of the reign of Louis XIV – who was also a great conqueror and powerful monarch – is evident, the political position clearly stated. Later reproduced as a tapestry, the painting was part of the collections of Louis XIV. From the Royal Collections, the work entered the Muséum Central des Arts, which would later become the Louvre. 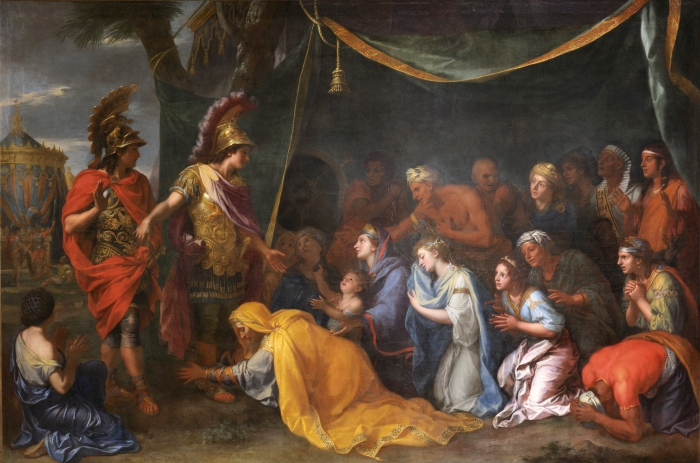 This painting was probably completed at the end of the year 1660. It shows the mother of Darius throwing herself at the feet of the king of Macedonia, to implore clemency for his imprisoned family.

And hey – why not grab the throw pillow version of the painting? 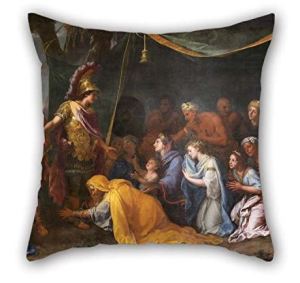 And so – the final product from Sovereign State (note the baroque frame around the imagery)! This final image used the figure of Alexander from the final Le Brun painting, as well as opulent fruits, silhouettes of baroque instruments, and a baroque platter silhouette! 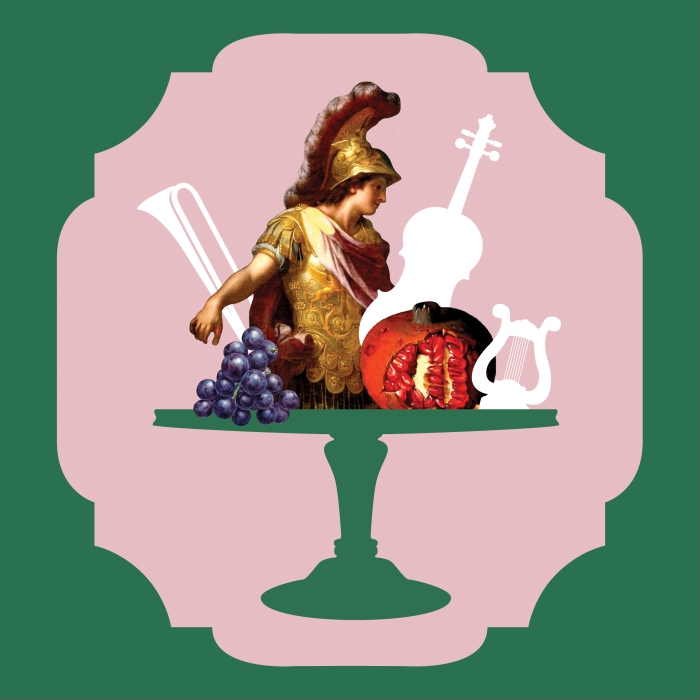 We look forward to seeing you at Handel Alexander’s Feast, February 22-25 at Koerner Hall, TELUS Centre.