“you have to understand,
no one puts their children in a boat
unless the water is safer than the land.”

That line, full of anguish, is from the poem “Home” by Somali-British poet Warsan Shire, who became London’s first Young Poet Laureate. The full poem (copied below) is used in Tafelmusik’s upcoming concert Safe Haven, an exploration in music, words, and images of the influence of refugee populations on the culture of their adopted countries.

“From the beginning of human history, war, persecution, poverty, and climate crises have caused people to abandon their homes and seek asylum beyond their borders.” says show creator Alison Mackay in the concert program notes. For modern-day Canada, “The stories of refugees who arrived here a generation ago reveal the tremendous contributions that they have made to the economy and culture of their new country.”

In 1685, 50,000 asylum seekers who escaped to England by boat from Louis XIVth’s France breathed new life into the English economy.   Here are two beautiful works of art made in London by members of French refugee families – a watch by Charles Cabrier (Metropolitan Museum of Art, New York, The Collection of Giovanni P. Morosini):

and a piece of silk woven by Huguenot weavers in the London district of Spitalfields. (image courtesy of the Metropolitan Museum of Art, Rogers Fund, 1979): 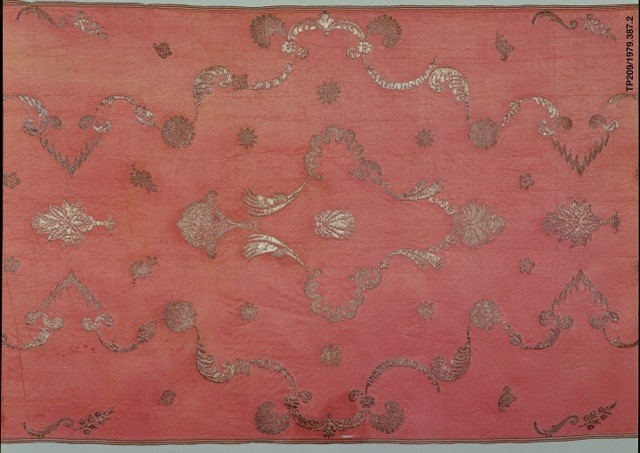 Warsan Shire’s full poem and story can be found here (from the CBC program The Sunday Edition).

Don’t miss this extraordinary show, January 18-21 at Trinity-St. Paul’s Centre and January 23 at the Toronto Centre for the Arts. Click here for tickets.